Since 1999 we’ve been shooting empty lots in NYC, mostly around us in the East Village, as a personal interest documentary project. After the crash in 2008 the project slowed a bit but recently it’s been revived.

Most of the work we do is architectural in nature, shooting the built and constructed environment, a large portion of that is urban, so for various reasons the urban unbuilt and unconstructed became interesting. Additionally these lots are disappearing quickly. While 20 years ago they were commonplace downtown now it’s almost rare to see one with the current building boom. One day soon there will be none left and Manhattan will be saturated with buildings.

When this project started a conscious decision was made – to use the most to shoot the least. And so we shot and are still shooting these lots on 8×10 sheet film. It’s not easy, fast, or cheap, but it is fun. And satisfying.

Here’s a recent one from East 4th Street 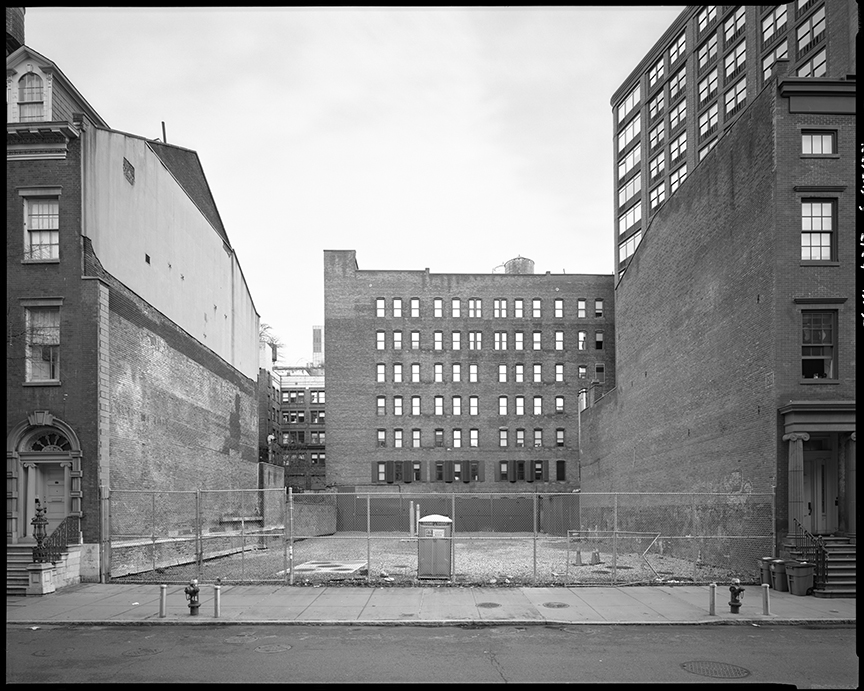 Empty Lot on East 4th Street near the Bowery