Linked to an earlier ongoing project at AYSNYC (the video interviews mentioned in a previous post) we’ve been working on another yoga based project since the Fall of 2015, this one called the Samasthiti Project.

Samasthiti is the basic standing asana in Ashtanga. In Yoga Mala Sri K Pattabhi Jois describes the pose thusly: “To begin, join the legs together, with the heels and big toes touching, push the chest up, lower the head slightly, and stand straight, gazing at the tip of the nose; this is called Samasthiti, which means standing up in a straight line.” Sama means same or equal, sthiti means strong or steady.

Samasthiti is the first pose of Ashtanga, the start and end of each vinyasa, and in many ways the most telling of all the asana.

For the project we are photographing each student at AYSNYC in a series of 4 still photographs in Samasthiti (front, sides, and back). The students will be photographed once every 6 months over the coming years (as we are doing for the video interviews).

One of the purposes of this is for the students to have a record of themselves to look back on and document some of the changes they are all going through as their practice develops. Another is to show the public in general what “yoga bodies” and yogis actually look like, that all types of people of all ages, backgrounds, and abilities are practicing Ashtanga.

We’ve decided to shoot this project entirely in black and white, on large format 5″x7″ sheet film. That’s exciting for us as we’re old fashioned large format film camera nerds, but also have found the students are very excited to see that we’re shooting film on these huge cameras.

Also the quality of the results is quite compelling.

So for now here are 2 images from the first round of shooting: 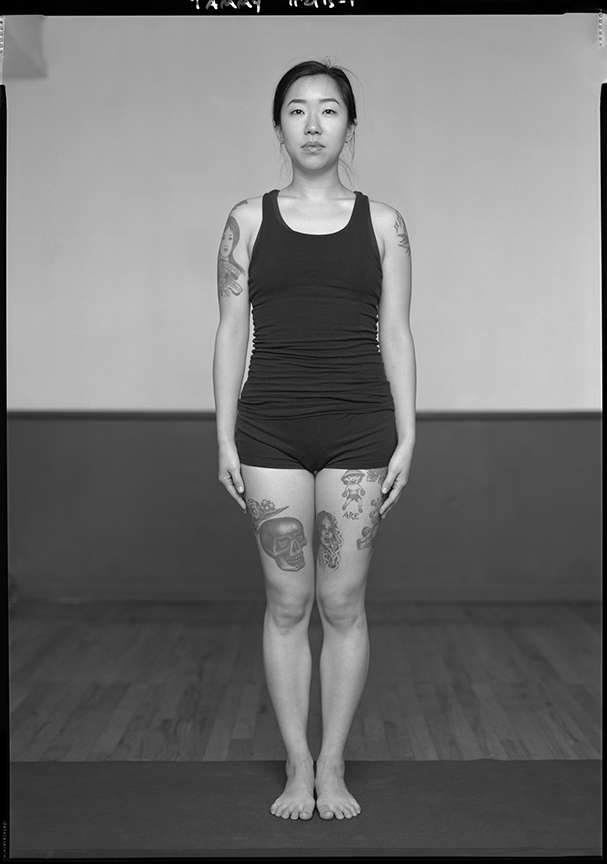 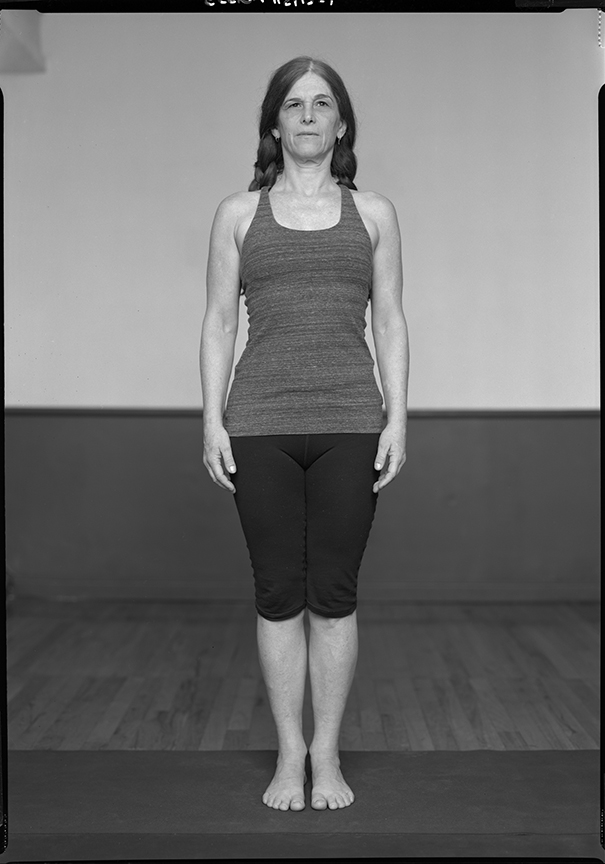